How Long Do You Want to Live? 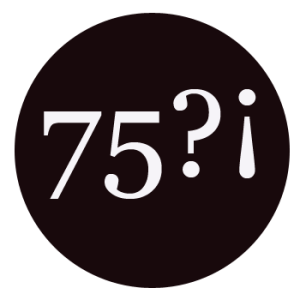 Dr. Ezekiel Emanuel has kick-started a discussion about how long we should live, and how to prevent medical interventions that extend life without quality. In a provocative article in the  October edition of The Atlantic, Dr. Emanuel declares that he doesn’t want to live beyond the age of 75. He bases his decision on his observation that while medical advances have extended length of life, they have also increased the amount of time the elderly live in a state of debility.

People would be wrong to assume that Dr. Emanuel is suggesting that we all call it quits at age 75. What he is suggesting is that people should be mindful of the downside to aggressive medical treatment and be an active participant in decision making based on their personal values. His article lays out the process he engaged in to identify how long he wants to live.

Defining of a Life Worth Living

Dr. Emanuel sets a very high bar in his personal assessment of what makes a life worth living. He notes that the average age at which scientists make a discovery that leads to a Nobel Prize is 48. Making creative and original contributions is very important to him, and he notes that most people fail to do so by age 75.

He uses his own father as a cautionary tale. Once an active physician, his father is now is content to swim, read the paper and enjoy his wife, children and grandchildren. Emanuel thinks such a life would not be meaningful for him, and would leave a lasting image of dependency that he does not want. He is not willing to accept the possibility of a few more good years if those years will be followed by many more years of mounting disability and reliance on others.

Dr. Emanuel comes from a family of extraordinary accomplishments. He is a nationally recognized oncologist and bio-ethicist. His brother Rahm has been a Congressman and Chief of Staff to President Obama, and is currently the Mayor of Chicago. His other brother, Ari, is a major Hollywood talent agent. While he and his family may measure the quality of life in terms of winning a Nobel Prize, it is not a stretch to observe that most of us would define a life worth living in different terms.

Emanuel is not suggesting that winning a Nobel should be the measuring stick by which everyone should gauge quality of life. He is suggesting, however, that we think about how much compromise in life quality is acceptable to us.

Medical Treatment as an Option, Not a Given

Dr. Emanuel is clear that he does not support physician-assisted suicide of any sort. He is not saying that he plans to kill himself when he turns 75. He plans to simply refuse medical treatments once he reaches 75. While commentators can easily suggest scenarios that may warrant medical interventions after age 75, they miss his point. He is saying that his personal calculus dictates that after age 75, the advances of medicine are not likely to “cure” him, and may result in prolonged disability. He sees medical treatment as an option, not a requirement, and he proposes not to take the option, and to let nature take its course.

I don’t know if Zeke Emanuel really wants to die at 75. I do know that he is challenging us to consider his construct and find our own answers to these questions.