Tapping into the Potential of Television 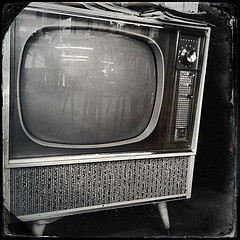 Most people living with progressive dementia gradually lose interest in many of the activities that they used to enjoy. The withdrawal can leave the person isolated with empty time during the day, offering neither  engagement nor connection.

Caregivers often turn to television to help “fill in” these stretches of time. Unfortunately, indiscriminate use of television can backfire when used to entertain or distract those with dementia.

People with dementia can be unable to distinguish between reality and television. As a result, when they watch programs showing warfare, other violence or moments of crisis, they can think that these threats are aimed at them. The worst offenders are often news programs that air footage from the scene of the crime/disaster. Therefore, it is not a good idea to leave someone with dementia in front of a television alone.

Another problem with indiscriminate television watching is that it interferes with the ability of people to have a conversation with each other.  So under any circumstance, television viewing should not be a marathon event, but something used in a focused way to help entertain, encourage and reinforce people’s interests.

The Wide World of Television

Despite the potential drawbacks of television programming, it also has the ability to convey wonderful stories, images from other parts of the world, and information on unlimited numbers of subjects. The question is how to tap into that potential to help engage and connect with people who are cognitively challenged.  Most of us will need to experiment to find the content that best engages the people in your care.

Here are some general guidelines: