The Genius of Caregiving 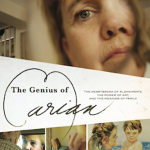 Glancing through the paper last week, I paused when I saw an obituary with a photo of a woman, Pamela White, who looked very familiar. But when I read the article, I could find nothing that connected her to me. Until the article mentioned that she was the subject of a documentary, The Genius of Marian. The documentary follows Pam and her family as they deal with her early onset Alzheimer’s disease. It was the subject of an earlier blog that you can read here.

The Genius of Marian provides little information about what Pamela White did in her life before her illness. It was surprising to me to learn the rich diversity of her years, having been a professional model, teacher, social worker, founder of a cappella group, therapist, athlete, cherished friend. It was a striking reminder that Alzheimer’s disease robs people of their identities. They can no longer participate in the activities and work that once gave their lives definition and meaning, nor can they share with others what they have done and who they have been.

In reading the many tributes that have been posted over the last week, it is apparent that The Genius of Marian has had a huge impact. It has allowed people to understand on an intimate level what it means to live with Alzheimer’s. It has given comfort and support to other caregivers by making them feel less isolated.  It is being used to train physicians and medical students on the needs of Alzheimer’s patients and their caregivers.

The response to the documentary has led to a unique new endeavor by the White family, a web-based, interactive site, called The Genius of Caring. This site shares other families’ stories, posts questions and prompts discussions that many caregivers long to have, but often have no one to talk to who understands the needs of an Alzheimer’s caregiver.

Once again, a shout out to the White family for their compassion, courage and generosity. In addition to all her other accomplishments, Pam White will be remembered for her bravery in “pulling back the curtains” to let others see the Alzheimer’s journey, and the importance of supporting those who live with it.